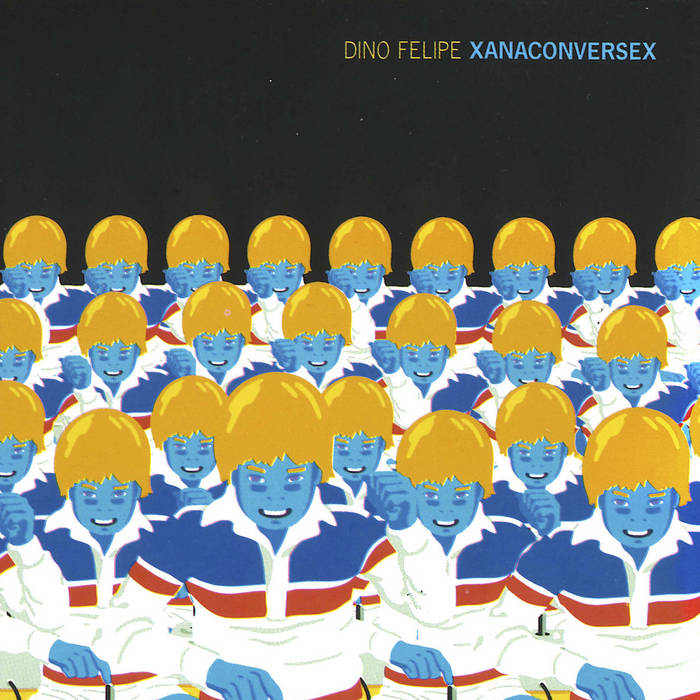 New mid-sized followup to the debut Dino Felip album Dino Felipe As Flim Toby. "We feel that Xanaconversex and is best (and inadvertently) described by a dream Dino had prior to the record's release. 'This morning I was dreaming a three dimensional collage composed of very sexy body parts and pieces of sound that were all melded together in the air and on the floor. The 'song' was based on the breathing sounds and sighs emitted from the body parts. All the sounds and shapes were different colors, all of them translucent, overlapping, converging, and receding. They were all live, organic performers and every once in a while i would shift to audio "mode" and the sexy image would switch to song. I would edit, mold, and fade the shapes by moving them around with my hands. I would arrange an elbow, move a shoulder, or shine a hip trying to perfect the collage, then i would stand back and say 'Wow, that's hot!' When I really liked it I would 'save' it, as if I were composing it on my PC, then go back to refine it. I knew i was dreaming, because part of my motivation for saving the collage was to show it to my friends in the 'real' world.' Befriend Dino Felipe and enjoy Xanaconversex today."