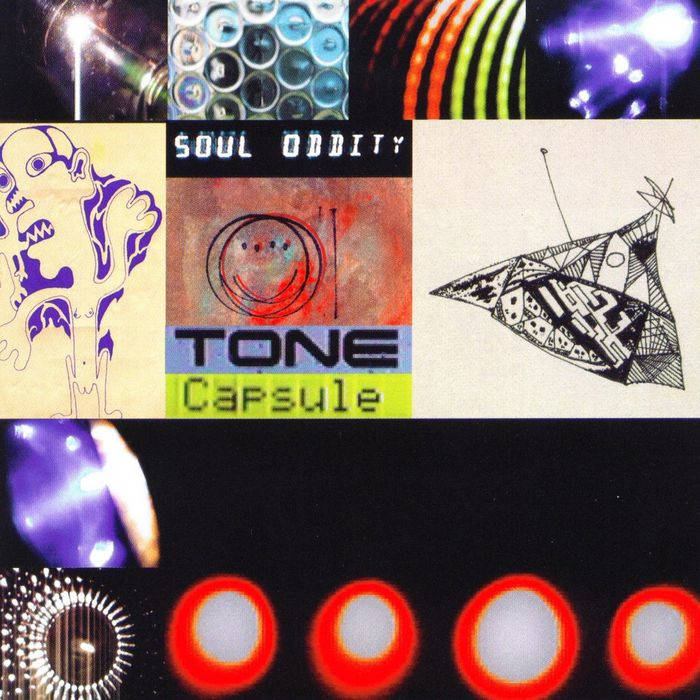 Adrien Capozzi Welcome Back to Earth and Chrome Ozone sound of a piece with one of my favorite e.p.'s of all time: Matrix Blaster by Metic (sch001). The rest is some of the coolest electro you are likely to hear. It's a travesty that I didn't know about this album until now! Favorite track: Chrome Ozone.

Before they became Phoenecia — an electronic duo that aspired to be America's answer to Autechre, basically, with a sound as difficult as knitting water (and which, appropriately enough, often resembled knitting needles clacking underwater) — Miami's Josh Kay and Romulo Del Castillo got their start as Soul Oddity. Their three eponymous EPs for Astralwerks (eventually collected on one CD) reveal a clear debt to their hometown, with whipcracking syncopation and a full-fathom low end inspired by Miami bass. The pitch-shifted rapping on "Freq Shift" pays tribute to "Rapper's Delight," while their lo-fi squeal and tongue-in-cheek sci-fi imagery ("Little Alien," "Welcome Back to Earth") found common cause with the wry electro revivalists of the era, like Ectomorph and I-F (of "Space Invaders Are Smoking Grass" fame)."

Before mutating into Phoenecia and pursuing its own particular abstract mode, the Soul Oddity duo came up with an enjoyably off-kilter (and often UFO-themed) album that quite obviously demonstrated a love for Detroit techno, further filtered, if less obviously here than later, via such labels as Warp and R&S. Unlike so many IDM bores who took some of those ideas and ran them into the ground, though, Soul Oddity actually sound like they make you want to dance on Tone Capsule, constructed from an earlier single release. After a brief introductory sample-rant, things kick in fully with the minimal, sparky beats and bass of "Welcome Back to Earth" -- the other not so secret ingredient to the band's sound, Miami bass, can clearly be heard here in a sly, controlled fashion amid all the space sounds -- and from there Tone Capsule makes its merry way. What's especially enjoyable is how easily the band is able to be both trippy and danceable at the same time -- songs like "People Party" are weird alien things on the one hand, the collage of echoed keyboard bits sounding like interplanetary communication, and minimal, focused grooves on the other. At their most dark and driving, as on "Clipped," the bandmembers are simply unstoppable in their forward motion. Whenever things sound like they might suddenly turn into more generic mid-'90s X-Files soundtracks, they'll throw in a squelching bassline ("Little Alien" in particular has a killer one surface out of nowhere) or a great vocal sample (the opening distorted "Aw yeah!" on "Freq Shift" or the electro-inspired "Intergalactic communication from Soul Oddity!" on "Soul Communication").