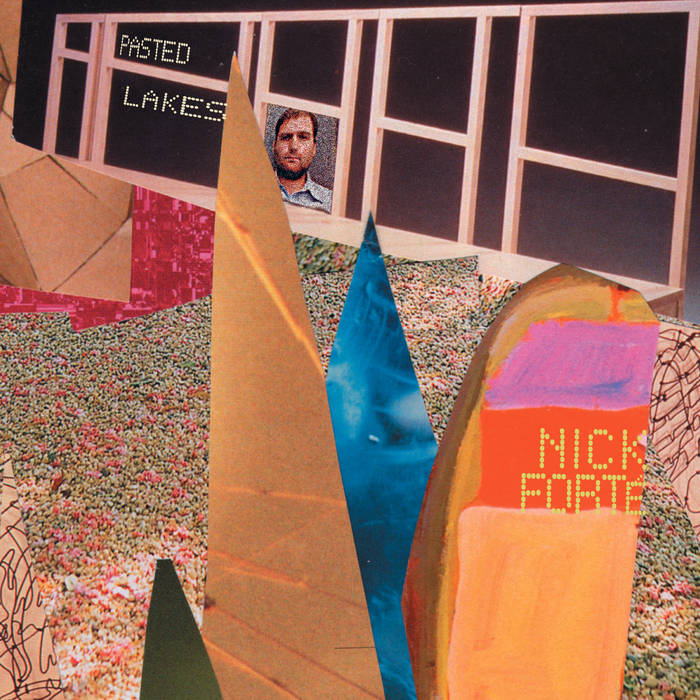 Available on vinyl and compact disc via Forced Exposure


"Nick Forté is from Brooklyn, but geographically speaking, his music falls somewhere between his living room (which he seemingly reconstructs in his visual design of Pasted Lakes) and Twin Peaks. He is half of the duo called Christmas Decorations whose recent album Model 91 on the Kranky label crept quietly into many charts and CD players late in 2002. Pasted Lakes is the remains of Nick's first foray into computer music, an album which may never see the light of day. From its' remains, he took scraps and reassembled them in an somewhat random manner, recycling and remolding them until they bore no resemblance to their source and took on a form of their own. Forté used old punk and hardcore records like the first Wire album, early Minutemen records, and Renaldo and the Loaf as inspiration -- but more as a guide than anything else. These albums did not lend influence sonically or musically at all, but towards pacing, structure, attitude, and sequencing. For Nick, these groups had really terse and impacting songs, and he wanted to apply these ideas to electronic music as much as possible. Musically, there was not much outside influence upon Pasted Lakes because he was heavily remixing himself, and 'really just trying to entertain myself at 3am by making new and strange sounds I had never heard'. Forté admits that if anything had an effect on his sound, it was his apartment. Hearing things like boiling water or rickety pipes and figuring out how to capture those ideas comes across in the record's faux yet life-like textural themes. In Nick's own words: 'The best music to me is dead serious but also really funny, so I started to go for that with Pasted Lakes.' The title of the record is more of a description of a style of song construction then anything, making finite pools of sound, and slapping them together with joyous reckless abandon. Cut, paste, listen, and save."