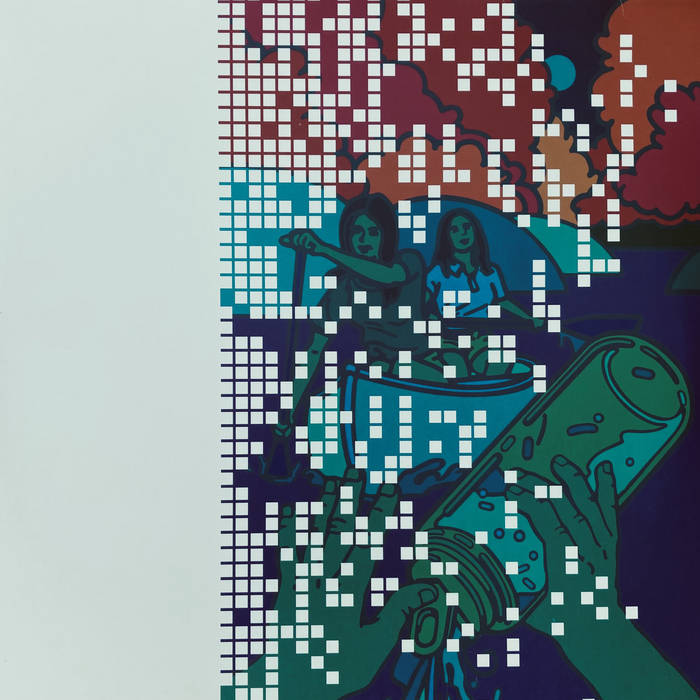 "Questions? Who is Dino Felipe? That question is easily answered. He's a 23 year old artist straddling the latitudinal stretch between Miami and Atlanta (home of other Schematic artists Richard Devine and Delarosa and Asora). No mystery in that? The real question is -- Who is Flim Toby? Flim Toby first appeared on a cassette released by the American Tapes label in 2001. The cassette was a recording of tape music, 4-track collages, and toy compositions created by one Dino Felipe De la Vega. Flim Toby is a film. A 'scrambled up film in the shape of a person', to be exact. His whole life is displayed in the pictures on the surface of his skin, so he has nothing to hide. Nor does he have anything to say, it's all evident -- sort of an overstated interpretation of the life of an artist. During the recording of Flim Toby, Dino Felipe was 'obsessed with nature, life, and organisms', so he crafted collages out of untouched 'pictures' of sound. Samples of everything that touched him went into the mixture, from his neighborhood feathered friends, to archived childhood recordings, constructed by an expert machine operator and rhythmatist, with the natural, unsyncopated touch of a free jazz musician. Does all this sound familiar? Flim Toby doesn't unless you're Dino. It is his life in pictures and sound, though you may feel as if some of his memories are yours. You may see yourself in the pictures that Flim Toby is comprised of. If you do, then you just might have a new friend and a new soundtrack for a while. Beats? Yes. Music? Yes, a lot of that. Noise? Yes, that too. Intense? Sometimes. Mellow? Sometimes. Soulful? Definitely. Schematic? Definitely."